Vitamin D: Get Your Shine On! 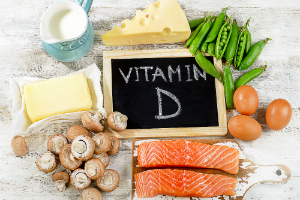 Vitamin D Is Easy To Come By

So, for healthy teeth and bones, make sure to get enough.

Vitamin D is one of the vital nutrients for everyone’s health, but especially for that of growing children. Combined with calcium, it plays a crucial role in developing healthy teeth and bones. It aids the body’s absorption of calcium in the gut, thereby reinforcing the critical structure of teeth and bones.

Where can you get Vitamin D?

Many people get the majority of Vitamin D from the food they eat every day. Some food such as fatty fish (tuna salmon, etc.), cheese, eggs, and liver have naturally occurring forms of the nutrient. Other food is fortified with it, meaning that it’s added artificially during production. These include items such as milk and other dairy products, orange juice, soy milk, and many varieties of breakfast cereal. Dietary Vitamin D helps ensure we get enough during all times of the year. That’s important because you can also get it from the sun, but only during the warmer months.

Much like plants get their energy from the sun; people too can benefit from a little sunshine! Exposure to sunlight triggers a reaction that creates the essential nutrient right in our skin. Most people can get enough with just ten to fifteen minutes in the sun while wearing shorts or short sleeves. However, due to the angle of the earth during winter, this effect is only available during the warmer months, typically late March through the end of September in the northern hemisphere.